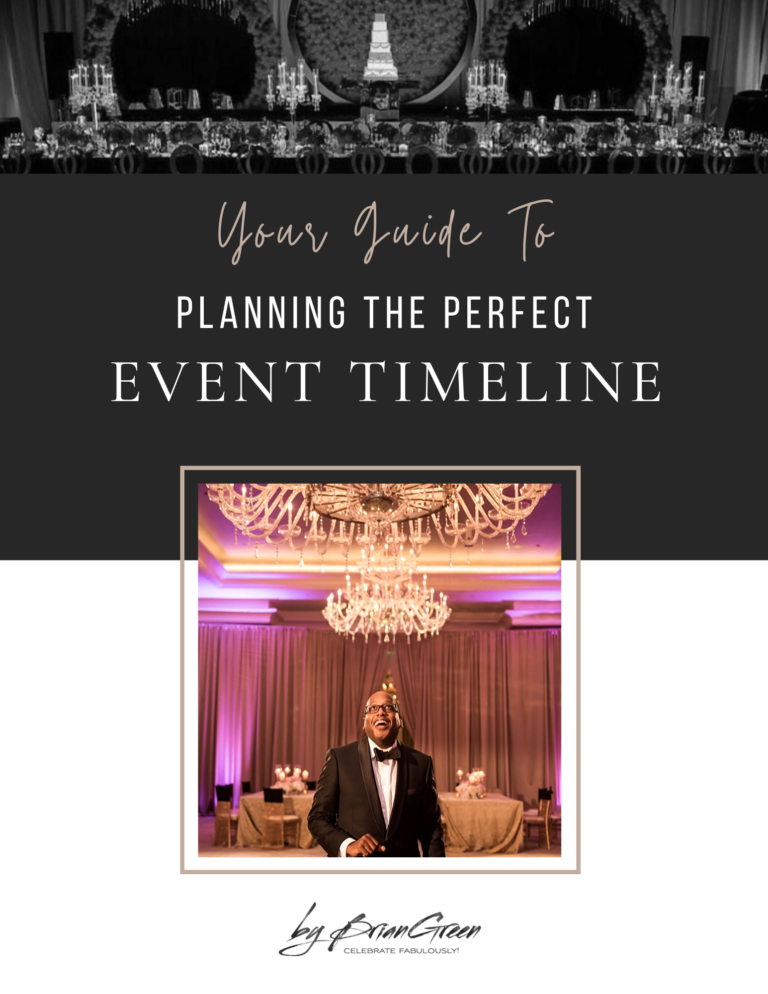 YOUR GUIDE for the

How can you ensure that even the most large scale event is organized & streamlined for your team in the background?

While creating a captivating and seamless experience for your clients and guests?

YES, even THIS year. 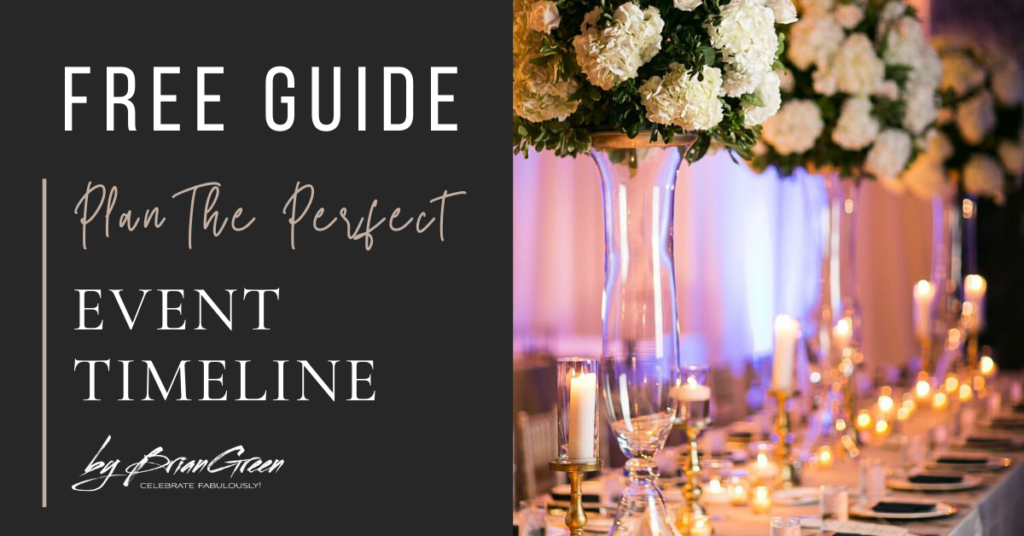 You Need To Plan With The

After 20 years of Award-Winning Event Production, my best tips are in this FREE GUIDE for you! 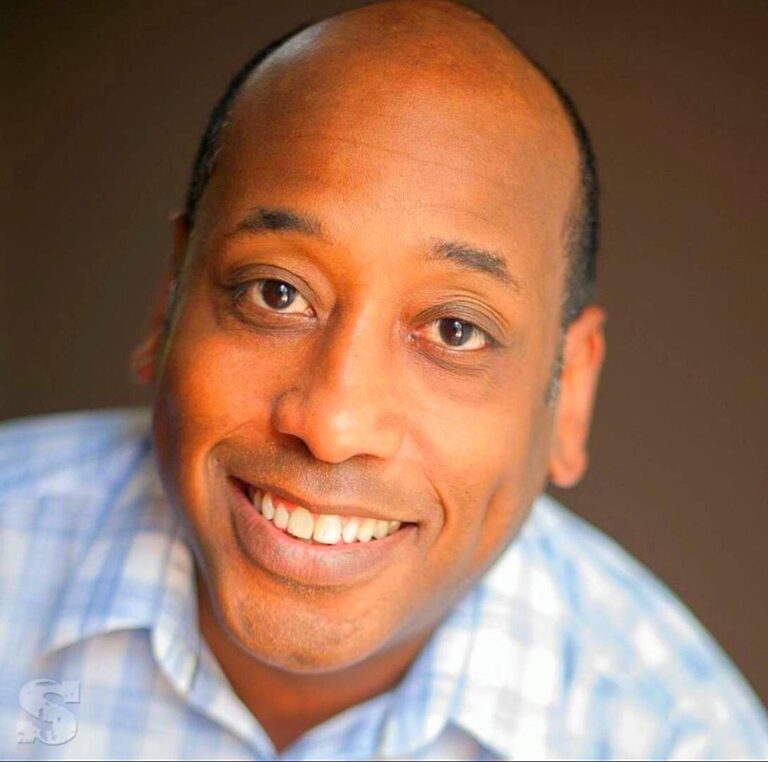 Brian A.M. Green CMP, CMM, is an award-winning event planner and acclaimed speaker with a passion for the events industry. This former diplomat who served as Vice-Consul in the Barbados Diplomatic Corps has managed hundreds of memorable and cutting-edge events over the years, from fabulous celebrity weddings to large conferences of 1,500 to intimate events for 30 to everything in between. Brian is ready to help transform any dream into a spectacular reality!

My goal is to make sure we ‘bring the fabulous’ to every event. Creativity defines who we are as a team, and it’s about creating that fabulous factor for our clients in a way that speaks to their personalities – while creating an incredible experience for their guests. I get the honor of creating and executing a special memory.

Brian’s remarkable attention to detail, hands-on approach, and inventive style quickly positioned him as one of the most sought-after event planners in the Atlanta market, providing services both locally and globally to his clientele. In 2010, the readers of JEZEBEL, one of Modern Luxury’s premier magazines, voted Brian as the Best Wedding Planner in Atlanta, and he was named Wedding Planner of the Year again for 2015 and 2016 by the same publication, making him one of the few two-time back to back winners.

In 2017, he was the featured guest expert on The Steve Harvey Show on NBC for their annual Wedding Hour to give great tips and advice on hosting the best wedding while avoiding the usual pitfalls (S5, Ep 168). He has also appeared as an event expert on Women’s Entertainment (We)TV network’s show “Get Married,” for two seasons. He has also been inducted into The Knot’s Hall of Fame for “Best of Weddings.” 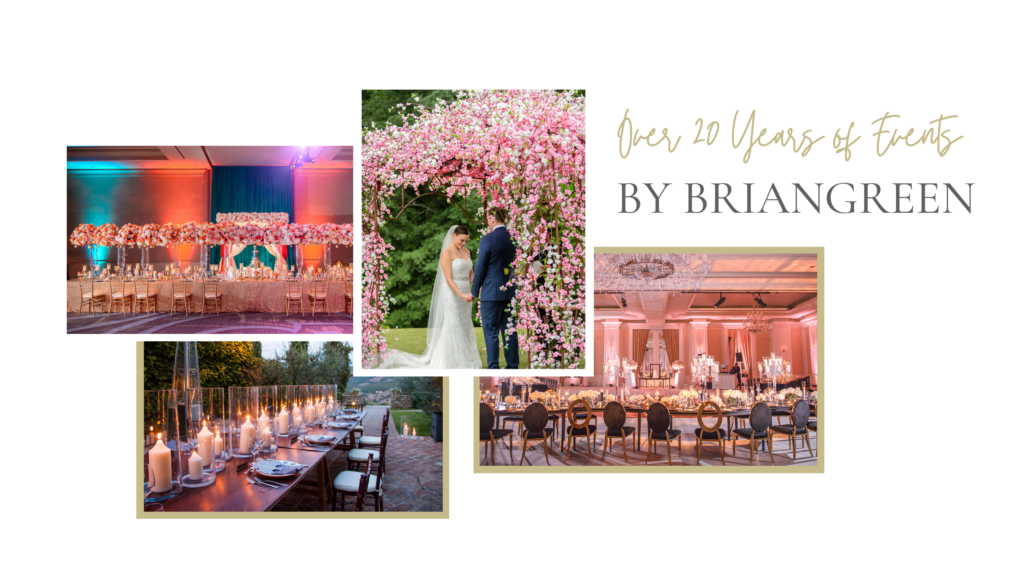 Brian has been featured in every major wedding publication, including:

He is currently the Chairman of the Board for the National Society of Black Wedding & Event professionals and a Past President for the International Live Events Association (ILEA) Atlanta Chapter.

Brian has served as a Board member of Meeting Professionals International (MPI) in South Florida and Georgia. He also has a mentoring program for creative entrepreneurs. Brian is also the National Director and Executive Producer of the Miss Universe Barbados pageant telecast that is viewed in over 5 million homes across the Caribbean, theNew York Tri-State area, and Canada.

Brian Green LLC is committed to facilitating the accessibility and usability of its Websites, bybriangreen.com,  eventmentor.bybriangreen.com (the “Website”), and all related sites for persons with sensory disabilities. To accomplish this, Brian Green LLC will be implementing over time the relevant portions of the World Wide Web Consortium’s Web Content Accessibility Guidelines 2.0 Level AA (“WCAG 2.0 AA”) as its web accessibility standard, which will allow the Website to be more accessible to persons with sensory disabilities. Until such time as all our electronic media upgrades are complete, if you have difficulty accessing any part of the website or related pages to attain information, process program registration, purchase products, or for any other purpose please contact support directly and we will be able to assist you. EMAIL: info(at)bybriangreen.com